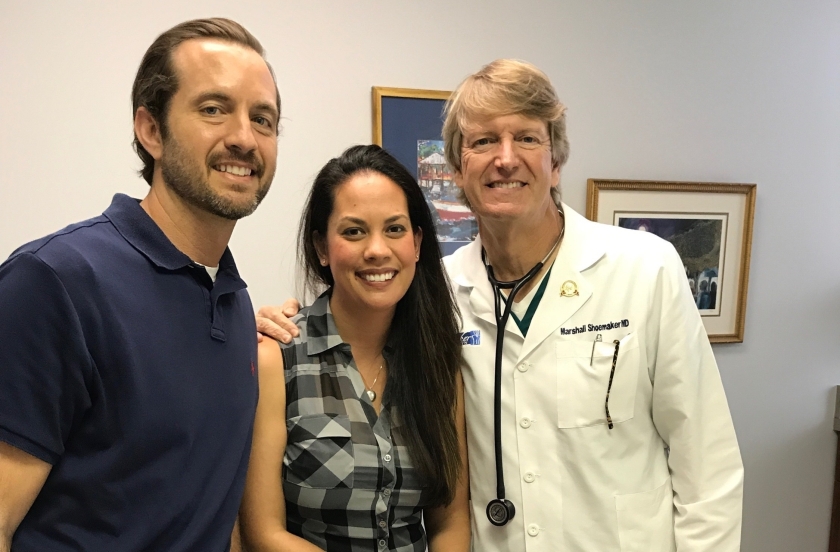 After everything happened, there was one thing for certain: we would try to have another child. We made that decision almost immediately after. We were unsure about so many things, but that was one thing we knew.  This bad thing was not going to stop us from trying again.

On the day we left the hospital, we asked the doctor how soon we could start.  He said we should wait about 6 months to give Sarah’s body time to heal.  This made sense.  She needed time to physically heal.  What we did not know is that it would take much longer to mentally heal.  Even a year after, we were nowhere close to being able to try again.  This in no way reflected the bond between Sarah and me.  We were closer than we had ever been.  I had heard of cases where a couple lost a child and it created this divide in their relationship that often led to divorce.  A friend of mine even told me of a couple he knew personally.  As he explained the details, my body physically hurt.  It was heartbreaking.  I had no clue how this could happen.  It is hard enough losing a child, but I cannot imagine the pain of losing your partner as well.  Of course, there were times where it felt like someone was adding gas to our fire, but nothing ever made us think that the other person was to blame. I never resented Sarah and she never resented me. I felt some relief.  It was a small win in my head.  Sarah and I were ten times closer than we had ever been.  Prior to Brad’s passing, I thought we could not get any closer; how wrong was I.  Sarah and I endured so many battles together.  We were kicking ass, but still hurting so much inside.  We spoke about it often, which, looking back, is probably what made the biggest difference. We knew we were in this together, so we teamed up and helped each other along the way.  Eventually, having another baby became the elephant in the room.  We did not have issues talking about it, but it was hard to commit.  This was going to be an emotional journey.  Maybe this is the reason why I had made so many changes in my life; I was subconsciously preparing myself.  All I knew was something inside of me was pushing my transformation and I was not going to ignore it.  With so many things going right, there was no better time.  What were we waiting on?  I guess we had healed enough, though we are still nowhere close to being fully healed.  Realistically, we never will be, but this was the right time.

After a few months of trying, we got the news; Sarah was pregnant.  I cannot describe the outpour of joy from the people in our lives.  It was like everyone was quietly sitting on the sidelines, cheering us on, and finally they could share their excitement.  The reactions made me appreciate the fact that there is some level of goodness inside of every person.  Again, we had another small win.  Did Brad’s passing actually create something good?  Was there an answer somewhere out there to why it happened?  Deep down inside of me, I felt like somehow I can figure this out.  I am a problem solver, a thinker.  This was the same time that I decided to pull the trigger on writing.  Too many things have pointed me in this direction, and if I intended on getting an answer, I would have to do it this way.  With the new baby on the way, I was reliving so many painful memories, so why not use that time to make it as positive and meaningful as possible.

This was and is a happy time for us.  Sarah and I felt deep down inside there was no way we are not having a boy.  We were so convinced that we had only decided on a boy’s name.  We had little doubt.  Then the day came, we got to find out the baby’s gender.  It was a boy.  Sarah cried hard, I just shook my head; we were so happy.  We knew this would happen.  It was a small piece of validation for me.  I had changed so much, not knowing exactly why.  I just tried being a more positive person, removing the negatives qualities of myself.  When I did, positive things came in return.  This was the ultimate reward.  Our new baby’s name will be Sean Alexander and, of course, I have told anyone that will listen.  You can choose to look at this however you want, but, to me, there are two different explanations:  First, the life that was not able to enter this world, because of whatever reason, is now getting another chance; or secondly, that his beautiful soul is somewhere out there and he is sending us confirmation.  You may agree or disagree, but all I ask is for you to dig deep. We have the right as humans to formulate our own opinions.  My goal is to ignite the positive inside us all.   When you find it, you will experience how positive thinking and acting can create tremendous rewards.  I want to end this chapter a different way. Ironically my good friend, a guy of great inspiration to me, sent me a text message just before Sarah and I received the news that we were having a boy. He had no idea where we were, but his timing is unexplainable. He had been listening to a Podcast and heard someone discussing this subject, so he put it in his own words and sent it to me. The text read, “Happiness generally does not come from the addition of positive, but more so from the removal of negative.”